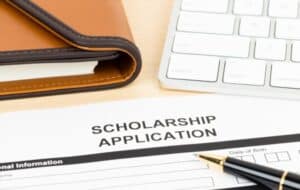 If you are looking forward to learning more about the Commonwealth Scholarship, then you are at the right place.

Over the years, students, especially those from financially constrained families, have been able to have their studies less hampered majorly as a result of the assistance (scholarship) rendered by philanthropic associations, government, and some well-meaning individuals across the world.

Hence, students try their best and channel their energy towards getting one if not more. So, in this article that you are about to read, I will give out valuable information about one of the highly coveted scholarships, the Commonwealth scholarship.

If you have applied for the commonwealth scholarship previously and were not aware, perhaps you are not armed with enough insight.

However, you have less to worry about now as I would provide every useful and essential resource needed to become a commonwealth scholar in any selected batch.

About the Commonwealth Scholarship Commission

The Commonwealth Scholarship Commission is a United Kingdom-based scholarship scheme spearheaded by the government of England.

It is driven by the desire to achieve the world’s international developmental objectives. This initiative is primarily headed by the Foreign, Commonwealth, and Development Office(FCDO).

This executive non-departmental body, CSC, works within the scope of the Commonwealth Scholarship and Fellowship Plan (CSFP). And had since its establishment, been solely obliged to widen the horizons of people from commonwealth states and beyond towards resolving the world’s problems.

The Commonwealth Scholarship Commission is mainly concerned with empowering bright thinkers, innovators, and leaders across different continents. It is determined to bring distinguished and ideal minds to Britain’s top universities in view to ensure the sustenance of the United Kingdom’s national interest.

The CSC engages in meticulous methods and processes at ensuring that the principles of equity and all-around inclusiveness are ascertained. It also seeks to promote excellence and award outstanding actions by students mostly by those in undeveloped and less advantaged countries.

The Foreign, Commonwealth & Development Office (FCDO) in tandem with the Department of Education (DFE) sponsors the Commonwealth Scholarship Scheme for low and high countries respectively.

Within the past six decades and since the scholarship’s inception in 1969, over 30,000 students have been awarded Scholarships to study in the United Kingdom. Despite having up to 53 nations within the commonwealth, CSC has been able to unhinderedly develop its schemes and policies.

As you may think, Commonwealth Scholarship is multifarious. That is, scholarships are given at different levels and to diverse sets of students.

The CSC gives out seven different kinds of scholarships under the purview of six development themes. These scholarships include:

I will, in the next lines, highlight important information about the scholarships above. How to apply, eligibility, benefits, and other necessary details would also be inclusive.

The Commonwealth Ph.D. Scholarships (for least developed countries and fragile states) are targeted towards candidates who intend to possess a doctoral degree in their areas of study but cannot afford the cost to study in the UK.

Its main recipients are candidates from less developed and fragile states who are as well member states of the Commonwealth of nations. This category’s primary motive is to encourage researches that would leave a developmental mark on the faces of commonwealth territories.

Highly motivated graduates with the ability to take on ingenious research for developmental causes. And would upon to their home countries, become better researchers, thinkers, and innovators.

To be qualified for this scholarship, prospective candidates must fulfill the following criteria:

How to Apply for Commonwealth Ph.D. Scholarship

Direct applications are not accepted for this scholarship; therefore, interested individuals have to come through any of the nominating bodies below.

National nominating agencies. This is the major channel of application. You can check more information about the agencies through this link https://cscuk.fcdo.gov.uk/national-nominating-agencies/

University Bodies/Chosen Universities:  There are certain universities chosen by the Commonwealth Scholarship Commission that have the liberty to suggest members of their staff for this scholarship.

Charitable Associations and Selected NGOs:  Few charitable bodies and some non-governmental organizations can also suggest individuals for this type of Scholarship.

Thus, prospective applicants are encouraged to check through these means and get familiar with each’s modalities of selection.

This scholarship is also funded by UK Foreign Commonwealth and Development Office (FCDO). It is strictly limited to graduates from low and middle-income Commonwealth countries.

Only graduates who are interested in taking up developmental research can effect laudable changes in their home countries.

To be considered an eligible candidate under this category, prospective applicants must be:

All candidates who fulfill the above conditions and other Commonwealth Scholarship Commission criteria will further be screened and selected putting these into consideration:

How to Apply for Commonwealth Split-site Scholarship

Applicants who meet all defined criteria should take note of the following piece of information.

Prospective scholars are to apply to any of the universities in the United Kingdom that has a part funding agreement with the Commonwealth Scholarship Commission.

Therefore, candidates who wish to apply for this scholarship should engage in in-depth research to confirm if the university he or she has chosen has a part funding agreement with CSC.

Information about the full list of universities with the aforementioned quality can be found on the Commonwealth Scholarship Commission’s website.

This is yet another agency-nominated scholarship. It is one of the three Master’s programs awarded by the Commonwealth Scholarship Commission.

The candidate for this category must be someone from a low and middle-income country who has previously concluded the first degree and desires to further his or her academics to a master’s level.

Benefits of the Scholarship

The following are the benefits according to scholars of this scholarship.

Commonwealth Shared Scholarship is another full-time master’s degree-awarding program for certain courses in universities in the United Kingdom.

It is also limited to candidates from least developed and lower-middle-income Commonwealth countries who want to proceed with their academic studies.

Candidates who are interested in shared scholarships should apply for a course or more through the Commonwealth Shared Scholarship schemes. This scholarship is only for master’s and Ph.D. degrees and applicants must ensure that they have been given admission by a university in the UK.

Applications are also submitted using the CSC’s online system application. Note that this process is free as CSC does not charge any fee for applications.

This scholarship, unlike many others, is a part-time master’s degree program done through distance learning and on certain courses in UK universities.

For this Scholarship, candidates need not come to the United Kingdom as it is a distance learning program and can be done virtually.

Post-graduate candidates from low and middle-income countries with an exceptionally driven passion for the development of their home countries and beyond.

As the name suggests, this fellowship is quite different from many scholarships mentioned earlier. It is an avenue for successful candidates to work in specific areas or sectors to garner professional experiences and development.

This fellowship is limited to mid-career professionals coupled with the fact that they are from low and middle-income countries.

Only professionals in mid-career with a minimum of 5 years of relevant experience and work in a development-oriented organization are considered for this fellowship.

Information on how the statement should be written and other relevant details under this segment can be found here. https://cscuk.fcdo.gov.uk/scholarships/commonwealth-professional-fellowships-information-for-candidates/

In a bid to ensure that every able person that resides in a Commonwealth country is allowed to study more and contribute to the development of their country, Commonwealth Scholarship Commission also awards scholarships to outstanding post-graduate from high-income Commonwealth eligible countries.

Post-graduate students from high-income eligible Commonwealth countries that desire to further their studies, but do not have the means to.