You’ve always pictured a major in mind. Something distinct, out of the box, and that gives you some personal satisfaction. You get admission to study the course, then discover there’s not so much to it. Now, you’re with a degree the world doesn’t seem to have a glaring need for.

The scenario above is all too familiar, considering there are a variety of degrees and career paths students pick without recourse to the future and other factors. 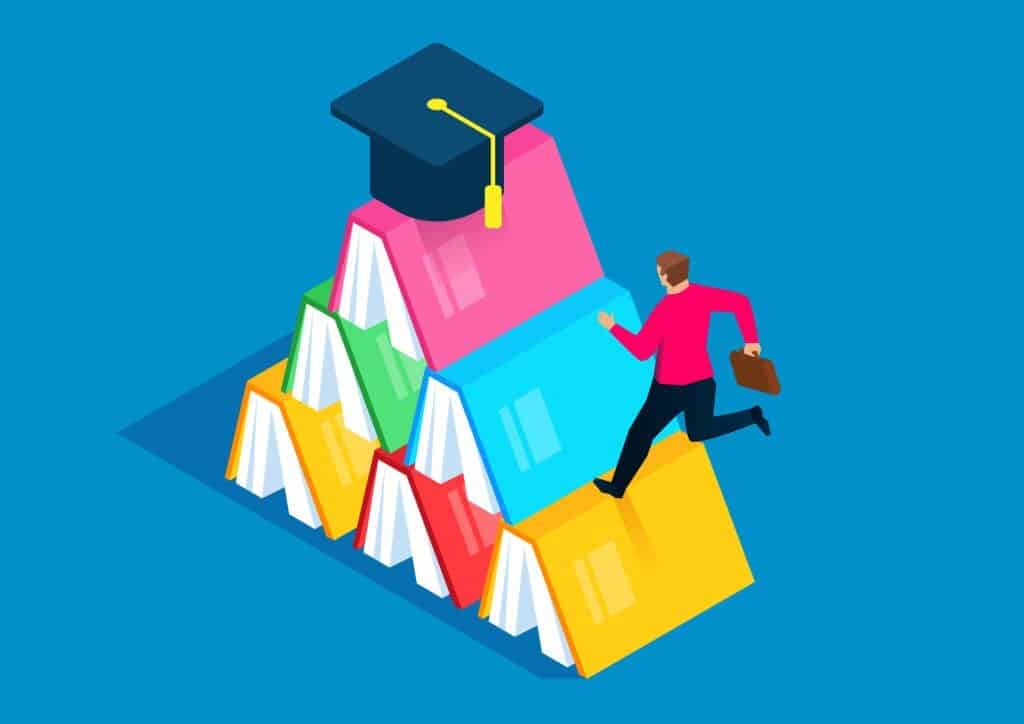 The degrees from such courses are worth nothing in the long run. That’s because students ultimately benefit from hindsight when they’re neck-deep in a course without prospects. No offense to the degrees listed here, but they can’t compete with others, especially STEM-related ones.

If you’re reading this article, consider the opportunities a degree provides and weigh it against the future you hope to have. That said, here’s a compilation of the most useless degrees.

As a major, advertising sounds cool. Digital marketing, e-commerce, and other niches in marketing look attractive. But it would be best if you didn’t get carried away because many plots and twists are involved. One of them is that landing a highly competitive job would require a direct degree in advertising.

An advertising degree involves classes on promoting products and understanding the basics and rudiments of selling products. That can be through social media and traditional forms of advertising.

While some aspects of advertising are appealing to people, such as color and design, education leaves limited opportunities for employment after graduation. Moreover, graduates are often left trying to fit into very few core advertising companies, and the degree makes it almost impossible to fit in somewhere else.

The names sound fun, inviting, and full of promises, but anthropology and archeology take courage to study. Even if you love traveling, history, and being outside, such a degree could leave you stranded for years.

A Ph.D. in the field might help, but that should take more years of studying. Also, you’ll spend years as an underpaid research assistant climbing your way up academically.

Anthropology represents humanity and its cultures, while archeology aims to look at human history through excavation. You may visit historical excavation sites or museums to observe findings. Jobs in this industry are not enough, not by a long shot. Even if you earn a degree from a renowned university, you’ll have difficulty getting value for an education.

First, you’re not going to choose this degree for lack of options. You probably love art, design, and most of the stuff that comes with it. In addition, art history students come across different classes like art composition and appreciation. So don’t be surprised to have interactions with Vincent van Gogh and other greats through their works, of course.

While you may be passionate about old art and sculptures, making a career out of it is challenging. Also, few become artists, leaving the rest with a vast knowledge of art but very little to do with it.

There’s often no stage for them to use their developed skills; some end up working at an art museum or appraising art. Besides, specialized art companies or centers are few and far between.

Art history graduates often search elsewhere to build careers, but even that is hard. As a result, some of them go back to other majors or combine them later.

You’re probably shocked seeing computer science here, especially with the vast prospects you think it carries. But on closer examination, computer science has earned its place as one of the most useless degrees. Not only is it difficult to use after you graduate, but it’s also not an in-demand degree. A reason for this is its broad nature.

You might have coding, information technology, or cybersecurity in mind as a student, but you’d have to run a specific program for these free paths. They are much better to have on your resume than computer science boldly written.

Further, a degree in computer science leaves you unsure about the next steps. Since landing a job is difficult, you may need to consider getting a higher education in cybersecurity.

Like the others before it, a degree in entrepreneurship sounds great. Many students fall for this trap because they think studying such a major gives them an edge to start a business someday. Snap out of that thought! It is one of the most useless degrees, and without hands-on business experience, what you learn can’t be channeled properly.

You’ll know so much about starting a business and other related aspects, but nothing more to advance your life and career. Very few turn this degree into a great success, and most successful entrepreneurs you see have a degree in business.

Moreover, these guys have spent years learning the real world before launching their companies and brands. At some point, they may return to earn a degree in entrepreneurship just for bragging rights.

An entrepreneurship degree makes you less employable and confused about where to go next. Unless you fancy it and love business, opting for a business degree or gaining real-world experience first is best.

Will learning how to cook give you a headstart in your career? Well, that’s what culinary arts students imagine, but the truth is beyond the skills you acquire, it’s difficult to build a rewarding career.

READ→
Do Nurses Take an Oath?: A Complete Guide

The degree might look good on your resume, but the limited training in other skills like business and general health doesn’t bode well. Perhaps learning to chop vegetables and other foods will compensate for the lack of prospects.

When you’re done studying culinary arts, there’s hardly a place for you. However, if you love cooking and wouldn’t mind a job as a chef, attend a culinary school or trade school.

Those two options will give you a better chance in your career than attending a college or university for a degree in the culinary arts. Besides, you’ll save time, strength, and money attending a school or basic training.

In addition, students taking this course often have to take related classes, such as oral and visual rhetoric. While these narratives sound great, it’s all too passive in the long run since there is no specific focus on the degree.

Further, communication is a broad field with enough areas where you can specialize rather than focus on the degree. Like others, a degree in communication probably means getting a job in fields like journalism, business, or even administration.

These jobs are specific and have a sense of direction and purpose, which leaves you wondering who thought of communications as a solo degree program. If you’re yet to decide about your major, take it off your list now.

Ethnic and civilization studies present a culturally relevant field that appears great on first observation. It is great to have a degree that considers diversity, especially with the state of the nation where minorities are trying to find a voice.

READ→
Do Teachers Get Paid in The Summer? (Quick Facts)

Getting a degree in ethnic and civilization studies may frustrate you with your chosen career path. Many graduates of the program have recently opted for jobs in education, social work, and counseling.

However, those jobs also require special degrees. So studying ethnicity and civilization to seek a specialized, unrelated job doesn’t make sense. Unless you’re passionate about it, ethnic and civilization studies shouldn’t be near your list. However, you can consider it in a double major situation or as a second degree. That will give you better prospects for a job.

Education is one of those degrees with a dress of perfection on the surface. However, going deeper makes you wonder why anyone would want to get involved because it’s not as useful as it sounds.

Firstly, education majors must declare a specialty, such as special education, early childhood, or secondary education. Secondly, those who decide on a specialty often have to follow through with a master’s degree to practice in their field.

If you continue with a general education degree, get set to have a near-worthless certificate. Look at it this way; a preschool won’t want you because you aren’t certified in early childhood education.

Special education won’t want you because you lack proper certifications or endorsements. That leaves you mostly caught in the middle. Further, you’ll be placed in schools or colleges to hone your skills while practicing, so your best bet is being an educator.

Stories and plays are products of creative writers with the skills that make them come to life. However, one begins to wonder whether such a skill is learned or part of the human mind from birth. Whatever the case is, their education is mostly narrow and specific, and while in school, students in creative writing majors learn how to write poetry and stories. They also learn more about the professional writing process in general.

While you may grow up to become a talented writer via a degree in creative writing, you will struggle to make enough money or make ends meet unless you have a major novel or story.

Compared to journalism and linguistics, creative writers are left beautifying their writing skills without a job to show for it. A company or brand wouldn’t hire you because you know more than a thing or two about writing. It’s not a degree that sells fast, at least not in the United States.

If you hope to publish a book someday, it’s best to consider taking a degree in a similar field, like journalistic writing, while taking creative classes. This way, you’re not holding the short end of the stick. You’d be both employable and able to give your writing a shot for some steady income.

These are ten of the most useless degrees. Some of them have a great look and feel from the outside, but studying them with the hope of a better life is quite the ordeal.

However, many students are often blindsided by the name of the course rather than doing some in-depth research before picking useful degrees.

Now that you know which degrees are useless, you can avoid them or combine them with other specific majors. That will give you a fair shot at a good career and earn a living with what you studied at the university.