What are the acceptance rate and admissions requirements for the famous Air Force Academy? That’s a tricky one to answer even with a bunch of data online, but this institution, also known as AFA or USAFA, isn’t your typical university or higher institution.

For starters, it is guided by many principles; chief among them is “Integrity First. Service Before Self. Excellence in All We Do.” In addition, it is a college set up by the military and home to over 4,000 undergraduate students receiving four years of education worth a reported $416,000, free of charge. 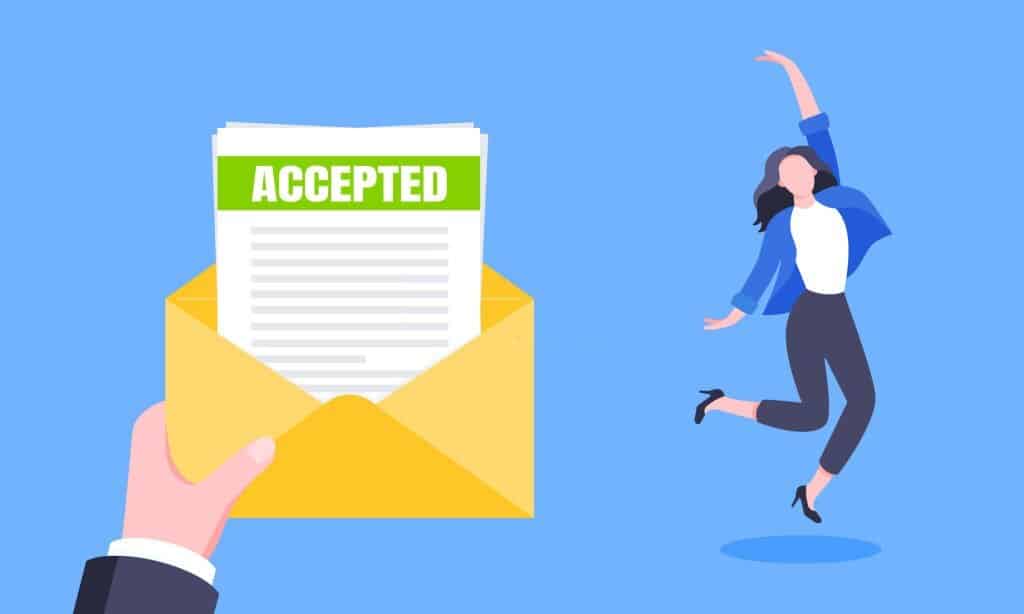 Located in Colorado Springs, the USAFA has existed since 1954 and started graduating students in 1959. The USAFA runs a highly-selective, prestigious four-year university that accepts about 10% of those who apply.

Further, this school doesn’t run a typical admissions process where high school students seek entry into Ivies and other top-ranking universities. No, it’s a different ball game, so students must be prepared to go the long haul, even if they get rejected.

To help you understand what lies in wait, this article will cover the acceptance rate, examination requirements, some trends, and tips about applying to the United States Air Force Academy.

If you want to get into the United States Air Force Academy, the acceptance rate is one of the first things to consider. It’s a sure pointer to the school’s competitiveness and the seriousness of its requirements. According to the IPEDS, the USAFA acceptance rate currently stands at 12.4%. To put it in context, only 12 students will be admitted into this school for every 100 applicants.

However, 1,416 were ultimately admitted into the USAFA. This translates to a 10.7% acceptance rate, much like the previous Class of 2023, with slight differences.

All these show that the school is extremely selective. However, it’s important to meet their GPA and SAT/ACT requirements on the academic front.

The average GPA at the AFA is 3.87. While many schools specify a minimum GPA requirement, the AFA has this figure we the barest minimum to apply without immediately getting rejected. The GPA requirement matters greatly from available data because you need it to get in. For the AFA, a weighted GPA out of 4.0 applies to the best studying in the institution.

The average GPA of 3.87 requires you to be near the top of your class and many steps ahead of the average. Your transcript must show mostly A’s alongside some AP or IB classes to show that you can handle college-level academics.

Perhaps you are a junior or senior looking to change your GPA in time for college applications. That won’t be easy, but you can compensate for a GPA average below 3.87 using a higher SAT or ACT score.

Many schools do not reveal their SAT score cutoff but usually have a hidden SAT requirement. In most cases, it is based on the school’s average score. The average SAT score for the Academy is 1320 on the 1600 SAT scale. With these scores, the USAFA is moderately competitive for SAT scores.

The USAFA has an SAT Score Choice Policy, which forms an important part of the testing strategy. In line with that, the Academy uses a Score Choice policy of “Highest Section.”

The Highest Section is also called “superscoring” meaning you can select the SATs you want to send to the school. Out of every score USAFA receives, your application readers will consider your highest section scores across all SAT dates you submit. So, if your current test score is below 1410, consider taking another SAT exam to superscore your application.

Compared to the SAT requirements, the USAFA ACT requirements do not come with a hard cutoff requirement, but if you score too low, your application won’t deserve a second look. The average ACT score at the Air Force Academy is 31.

With such a score, the USAFA is strongly competitive for this test, especially if you’re banking on the just ACT. While the USAFA is likely to deny having a minimum ACT requirement, if you apply with a 28 or below, you may need a miracle to get in unless there’s something extraordinary in your application.

Since a large percentage of the applicants will likely score 31 and above than under, a 28 does look academically weak. Thankfully, USAFA runs an ACT Score Sending Policy, which offers a better advantage ahead of the SAT.

For example, when you send ACT scores to colleges, you can control which tests you send. That means you could take 10 tests and send the highest or best one; schools that accept SAT require you to send all the tests you’ve ever taken.

Since 33 and above is the requirement for getting into USAFA, if you fall short of that, take as many ACTs as possible. When you’re satisfied with your final score, send that test result to the Air Force Academy.

Note that there’s hardly any clear-cut Superscore Policy from the USAFA, but you can always choose your best ACT score to send to the Academy. Make sure it’s not short of the target ACT score of 33.

Some schools need you to seek formal endorsement from a number is societal figures. The Air Force Academy makes it mandatory to seek a formal nomination from some sources when applying. You can get endorsements through these individuals/groups:

Multiple congressional nominations won’t do you any good, but it makes sense to apply to their Senators and local House of Representatives members. This way, their chances of obtaining a single nomination increase.

However, each House member and Senator can endorse five constituents to attend the Air Force Academy any time. That averages out to just over one per year.

Tips for Applying to the Air Force Academy

If you are ambitious enough to join over 11,000 applicants in their bid to take part in the next admissions cycle, here are some tips for working around:

Essays are always part of the process, so students should dedicate extra time and effort to ace them. Here are some prompts to help you:

Note that these essays almost always require to be within 3000 characters max.

You’d want to be a United States Air Force Academy student for many valid reasons. One of them is that the AFA boasts an outstanding 6:1 cadet-to-faculty ratio and a collection of some of the best professors in the country.

Further, students get 32 majors to choose from, covering many subjects. The AFA leads, and a large number of schools follow.

Now that you know the acceptance rate of this school and other requirements it would take to get in, put in the hard yards in high school to get in. Remember, you need the best combination of GPA and standardized test scores to stand a chance. Your personality and life experiences also count.