Most law schools in California are extremely expensive and without financial aid, most students can’t afford to earn their law degree in the state.

That’s why we created this page which contains some of the cheapest law schools in California for in-state, out-of-state and international students in 2022. 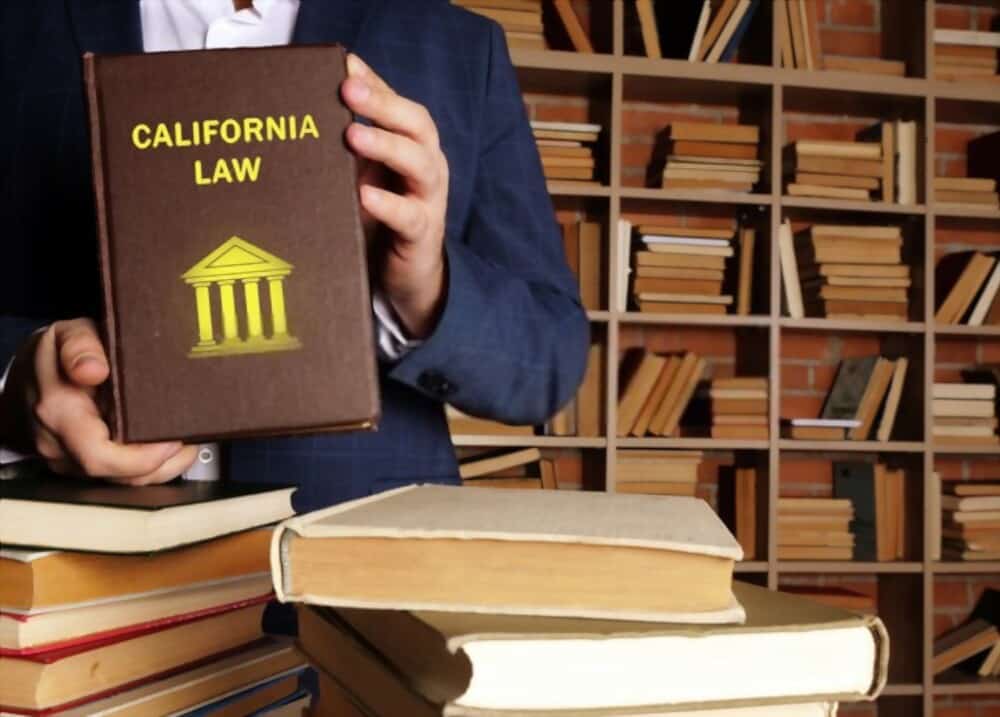 There are 4 major things we had in mind while writing this article.

Below are some of the most affordable law schools in California in 2022. These schools are ranked based on their tuition and fees.

While it has a high bar exam pass rate of 73%, La Verne Law School is not recognized outside the state. However, this doesn’t stop them from enrolling over 400 students every year and being one of the most affordable law schools in the state.

Also, La Verne Law does not offer full-tuition scholarships and grants. Only less than 30% of its law students receive financial aid and it has a 62% employment rate.

Founded in 1966, Western State College of Law at Westcliff University is one of the oldest and most affordable law schools in Orange County. Being a private ABA-approved law institution, most people expect it to be quite expensive.

Although WSU law has an average bar exam pass rate of 58%, it is one of the most diverse law schools in the nation with an 82% employment rate. This school is also accredited by the California State Committee of Bar Examiners (CSCBE) which makes its graduates eligible for the California Bar Examination.

Located in the heart of San Fransico is one of the cheapest law schools in California, the University of California Hastings College of Law. UC Hastings offers a 3-year law program in about 7 different areas and is fully accredited by the American Bar Association (ABA) since 1939.

It may interest you to know that UC Hastings law school is one of the oldest law schools in the state. Also, the vice president of the United State, Kamala Harris, is a notable alumnus of this institution.

Located in downtown San Fransico, Golden Gate University School of Law is an ABA-accredited private law school. It provides a cutting-edge learning experience for students who wish to become professional lawyers without breaking the bank.

GGU School of Law was founded in 1901 with the main purpose of providing law education to busy Califonia residents at night. Today, the institution is one of the best law schools for adult learners in the US.

The school offers undergraduate and graduate law degrees as well as combined programs at an affordable cost. Although GGU Law has a below-average bar exam pass rate, the institution has a diverse, inclusive, and supportive environment for students to succeed in their fields of study.

University of San Francisco School of Law is a private law institution accredited by the ABA and part of the Association of American Law Schools (AALS). It enrolls more than 140 students annually and has 6 JD certificate programs.

USF School of Law is among the best law institutions for minority students in the US and has a diverse community of students. The school has a high bar exam pass rate of about 81%.

Since its inception in 1949, UCLA School of Law has been providing an exceptional legal education to students. It is among the top 15 law schools in the United States and one of the oldest & most funded law schools within the University of California system.

Being a prestigious law institution, UCLA law school is very competitive when it comes to admissions. The school has a bar exam pass rate and employment rate of 97% and 95% respectively.

Established in 1911, Southwestern Law School is an ABA-approved private law school located near downtown Los Angeles. It enrolls over 9000 students annually and is affiliated with California State University, Northridge, a public university in the same city.

Approximately 85% of Southwestern Law graduates taking the California State Bar exam passed based on the 2020 results. Also, the school is a member of the North American Consortium on Legal Education and the Association of American Law Schools (AALS).

Even though it’s the smallest law school in the University of California system, UC Davis School of Law enrolls more than 600 students annually. Despite its above-average cost of attendance, the school is known for providing financial aid to eligible students.

Also, UC Davis Law School has a bar exam pass rate of almost 90% and an 85% employment rate. If you are a California resident or have strong ties to the state, it may be a good idea to apply to this public institution.

Since its creation in 1894, the University of California Berkeley School of Law has been producing competent leaders in law, government, and society in the US and around the globe. Some of which include: Edwin Meese, an ex-U.S. Attorney General, Pete Wilson, a former governor of Califonia, etc.

UC Berkeley School of Law is one of the best law institutions in the nation. It has an outstanding bar pass rate (95.5%) as well as a post-graduation employment rate (98%).

Although more expensive, Chapman University Fowler School of Law is situated in the same county as Western State Law School. It has one of the best student-to-faculty ratios you can find in any law school in the US and a 79% bar exam pass rate.

Although its tuition and fees seem to be on the “high end” the University of San Diego School of Law made it to this list. The school graduates about 800 law students annually and has an employment rate of 68%.

It is an integral part of the University of San Diego, a private roman catholic institution that is committed to preparing disciplined and compassionate professionals. Also, USD’s school of law has maintained its ABA accreditation for over 50 years and has an above-average bar exam pass rate.

What is the most affordable law school in California?

The most affordable ABA-accredited law school in California is Western State College of Law. The school has a tuition of $44,580 per academic year for full-time students and $29,800/year for part-time students.

On the flip side of the coin, the cheapest state bar-approved law school in California is the University of La Verne College of Law. It has a tuition of $37,760 per academic year or $1,030 per semester hour.

How much does law school cost in California per year?

While non-ABA accredited law schools in California are cheaper than ABA law schools, most students want the best quality of law education they can get. Also, the bar exam pass rates are something you may want to be on the lookout for.

If you are an in-state student planning to study law in California, you should budget $70k or more annually. Out-of-state students should budget around $80-90k per year depending on whether they are commuting or living off campus.

Perhaps you are the busy type of person or you want to earn your law degree while studying at your pace, then going the online route may be the perfect choice for you.

All you need is a good PC with a stable internet connection and you are good to go. Below are some of the cheapest accredited online law schools in California.

Just wanted to inform you that most employers may not take you seriously with your online law degree. If you are doing this for the money, you might want to reconsider your options.

In summary, the cheapest law schools in California in 2022 are:

10 out of these institutions are fully accredited by the American Bar Association (ABA).

Hopefully, by now you can know which California law schools to add to your list when it comes to affordability.

If you found this article helpful, you can support us by sharing it with others. Thanks 🙂