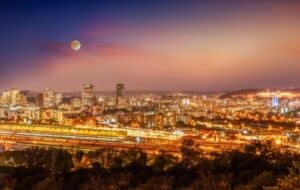 Do you want to know which schools are the best in Pretoria? Well, you are at the right place.

South Africa is known to have three capitals. The first is Bloemfontein, which serves as the judicial capital. The second, Cape Town, serves as the legislative capital.

Then there is the third, Pretoria, which serves as the Executive Capital of South Africa. Pretoria is also home to all foreign embassies in South Africa.

The city is quite famous for government dealings but lacks other things such as quality education. Don’t get me wrong; there are so many schools in Pretoria, enough to serve every child in the region; nonetheless, not all of these schools match up to standards.

If you are a parent looking to bring your child to any school in Pretoria, then you shouldn’t hesitate to get them in the best school around. Yes, there are many low-standard schools in Pretoria, but a few offer quality education to pupils and students.

In this article, you will find out the best schools you can attend in Pretoria and other important information about these schools. It will include their tuition, location, and what they are best known to offer.

Below are the best schools in Pretoria, South Africa with their tuition.

Sometimes called Hilton, Hilton College is a private boarding school for boys in South Africa. The school is located near the town of Hilton in the KwaZulu-Natal Midlands. It is situated on a 4,350-acre campus, including a 1,400-acre wildlife reserve.

Hilton was established in 1872 by two South Africans, Reverend William Orde Newnham, and Gould Arthur Lucas. It was founded as a non-denominational Christian boys’ school. The school has a boarding school facility for all its 500 students and does not accept day students.

Hilton operates an education system for boys aged 14 to 18 and a Grade system of 8-12. In some regions, this is also regarded as Form 1-5. Aside from Hilton College, the only school in South Africa that practices the single-sex boys’ system is Michaelhouse.

All 500 boys at Hilton have access to a personal tutor and have retained a bespoke educational plan. The school has consistently maintained its top position as the Most Expensive School in Pretoria and South Africa.

St. Alban’s college was founded in 1963 by Anton Murray. It is a private boarding and day high school for boys. It uses English as its medium of teaching.

Albans is located in the suburb of Lynnwood Glen in Pretoria, which is the Gauteng province of the country. At its establishment, St Alban’s college had only 37 boys and three teachers, but now it boasts 580 boys and 43 teachers. The school operates Grade 8-12, known as Forms 1-5 in other systems, for boys aged 14-18.

This citadel of education has a great history,  wealth, influence, and academic reputation, which have made it one of the best and most prestigious schools in South Africa. St. Alban’s college has a sister school known as St. Mary’s Diocesan School for Girls.

Michaelhouse was founded as a full boarding senior school for boys in 1986. It is one of the most prestigious colleges in South Africa. Michaelhouse is located in the Balgowan valley in the Midlands of KwaZulu-Natal, South Africa.

The school is designed for boys ages 13 to 18 and currently boasts 615 boys on its urban campus. The years of study at Michaelhouse are recalled blocks E to A.

Michaelhouse has a staff of almost sixty members with a Male proportion of around 70%. Each class has a teacher/pupil ratio of 10:1.

The school has five types in each grade, with 22 boys in each category. Students at Michaelhouse have been known to achieve top results in the Independent Examinations Board exams for many years.

St. Mary Diocesan college was established in 1879 by the Retired Reverend Henry, the first Bishop of Pretoria. It is an Anglican private boarding school for only girls and is located in Hillcrest, Pretoria, in the Gauteng province of South Africa.

For the first 75 years of St. Mary’s Diocesan college, it was managed by the nuns of the Community of St Mary the Virgin. The institution has a brother school, St. Alban’s college, which has been cited earlier in this writing.

There are arguments that the school was first established in 1871 as St Etheldreda’s before its name changed to St. M as Ryan Diocesan School for Girls in 1879. It is regarded as one of the most prestigious schools in South Africa. St. Mary’s DSG boasts 850 girls aged 3 to 18 in a Grade system of Grade 1 to Grade 12.

Tyger Valley College, sometimes called TVC, was founded in 2007 by Century Colleges, which is the education subsidiary of Centaurus Ltd. It is situated in the Suburb of Silver Lakes, in the East of Tshwane in the Gauteng Province of South Africa.

Tyger Valley College offers education to boys and girls aged 2 to 18, in Grades 0000 to Grade 12. The school has achieved a 100% matric pass rate since its first matric wrote exams in 2011. The matric pupils usually write the Independent Education Board’s school leaving certificate, also known as IEB.

Hatfield Christian school was established in 1985 as a private, coeducational school. It is affiliated with the famous Hatfield Christian church in Pretoria, South Africa. The school has successfully made its way to the league of prestigious schools since its inception.

The school has a small and conducive environment for every child to learn well. Hatfield Christian School has the vision to train leaders who will succeed academically and serve nations.

Pupils at the school are nurtured to grow in wisdom and stature in favor of God and man. The school also offers an entire cultural and sports program as extracurricular activities.

Redford House The Hills is one of the newest private schools in Pretoria. It is located in Mooikloof Glen, Pretoria. Redford House was founded in 2015 by the Inspired Team and has succeeded well in the education sector of South Africa.

Redford House The Hills has three schools, of which the first two were opened with 600 students, and the third was established in 2016. The school is uniquely situated in an upmarket, secure residential estate known as The Hills Game Reserve Estate. The Estate also includes a game reserve occupied by diverse species of antelope and zebra.

Redford House The Hills is designed to equip children with what they need to meet and overcome life’s challenges in a globally competitive world.

South African College Private school, sometimes called SACPS, is an independent, coeducational school located in the center of Pretoria. It is within walking distance of the Union Buildings and alongside the Apies River dissecting Pretoria.

The school is one of the few in Pretoria that offers an affordable After Care center where parents who work in the city can pick up their children after school closing hours by 17:00. SA College Private school has undergone physical upgrades in line with the municipal plan to upgrade the inner city of Pretoria.

It is highly secure and safe for learners giving parents the freedom to do their daily work in the city. They are constantly reassured that their wards are in safe hands, well catered for, and are being offered high-quality private education.

Ndima Primary is a state-owned coeducational school established in December 1899. It is located in Mamelodi, a suburban region of Pretoria, South Africa.

Ndima Primary school boasts over 800 students in all its classes and 25 teachers. It has a student-teacher ratio of 30:1.

The list above consists of the 9 best schools in Pretoria. I have included their tuition fee information so you can know about that beforehand.

The list includes co-educational, i.e all-boys, and all-girls schools. I hope this article was helpful, don’t forget to subscribe to our newsletter.