It’s likely that you’re considering enrolling in a Jesuit medical school. There are many of these schools which you can get the best medical training.

Jesuit institutions, on the other hand, do more than only educate their pupils; they also instill strong ideals in them. 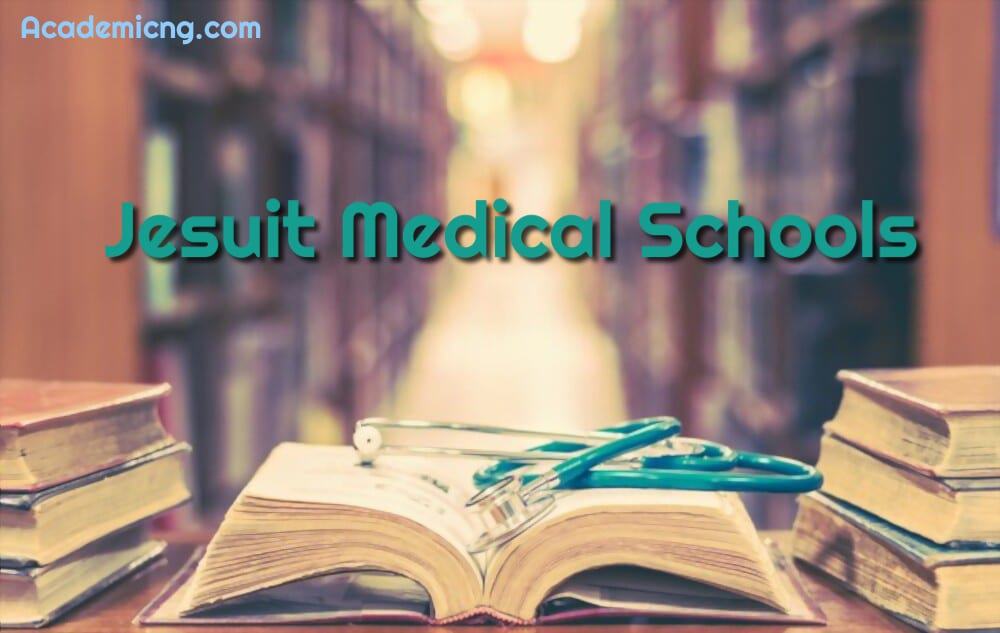 If you’re interested in knowing more about the institution, then this article contains the essential information you need to know about Jesuit Medical Schools, which are part of Catholic medical schools in the United States.

Taking a gander at Jesuit Medical Schools, it can be see that they aren’t an average medical school.

They’re offering the best learning you will want and the schools are located all over the world.

Jesuits have over 28 colleges in the United States. Medical schools make up four of these colleges. If you are a Catholic or want to learn more about medicine, you should enroll in a JMS.

This article will go through the criteria for these colleges, as well as the costs of obtaining an admission and the programs offered at each of the schools.

When you’ve found the program that’s right for you, apply straight away.

But first, let’s take a gander at Jesuit Medical School and see how they came this far.

Moreover, a Jesuit is a member of the Roman Catholic Society of Jesus, which was formed in 1534 by St. Ignatius Loyola.

The majority of these people are involved in missionary and educational activity most of which are in the United States.

Members of the Roman Catholic Society of Jesus who are noted for teaching, making contributions to science, and taking a stand to erase poverty, are referred to as Jesuits.

Under Ignatius, the Society of Jesus’ founding members signed a vow of poverty in addition to a vow of chastity and perfect obedience.

New members are still required to take the same vows, but they must now submit to the Pope completely.

In conclusion, a Jesuit School or University is a Jesuit-run educational establishment.

They all have distinct ways of doing things, but they all have similar values, ideals, and histories.

There are good numbers of Jesuit medical schools in the United States of America. In the US, there are four Jesuit Medical Schools.

However, if you’re merely looking for a Catholic medical school in the United States, there are plenty to choose from.

The following is a list of Jesuit Medical Colleges in the United States:

The Stritch School of Medicine at Loyola University is one of the Jesuit medical schools in the United States.

It is a Jesuit Medical School that offers a variety of medical degrees at all levels, as well as a religiously diverse student and teacher community.

They are dedicated to producing doctors who will have a positive impact on the lives of the patients they serve.

In addition, as a Catholic Medical School, in the United States, Catholic symbols can be found in classrooms and hospitals, acting as reminders of the school’s spirituality, regardless of religious affiliation, and of their shared humanity.

The following are the basic requirements you must meet before being considered for admission into this school of medicine:

They are equally another Jesuit-run medical school. Omaha, Nebraska is home to the Creighton University School of Medicine.

Creighton encourages students to pursue their passions in order to help them become outstanding physicians who treat the whole patient and change the lives of those they serve.

It has a religiously diversified student and teacher body. Students can expect Catholic iconography in the classrooms and throughout the hospital because it is a Catholic school.

What to know about the prerequisites for admission into Creighton University School of Medicine is that the Committee on Admissions chooses applicants who they believe are the most qualified for medical school and practice.

They assess the qualities needed in a physician when screening applicants.

Nonetheless, these are the basic requirements:

READ→  Online Schools That Give Refund Checks and Laptops

The faculty at Saint Louis medical school is dedicated to educating both science and art in medicine.

This Catholic medical school is dedicated to the education of physicians.

They educate doctors who value humanistic medicine and physicians who value the sanctity of human life and are committed to treating all patients with dignity and respect.

The basic requirements include the following:

Georgetown University School of Medicine is a prestigious medical school.

This is one of the remaining Jesuit medical colleges in the United States. The knowledge, skill, and values areas, as well as attitudes, are all included in this catholic School of Medicine program.

Georgetown students are challenged to reach their full potential throughout their studies and training.

It’s one of Georgetown University’s five grad schools, and it is located in the School of Medicine.

It is next to the University’s main campus on Reservoir Road in the Georgetown area of Washington, DC.

The basic requirements to gain admission into this medical school include the following:

What Does It Cost To Attend A Jesuit Medical School In The US?

Studying at a Jesuit Medical School has a range of costs. JMS in the United States are essentially self-contained.

Their connection and resemblance, however, rests in their comprehension of Jesuit ideas.

Students interested in attending one of these four catholic medical schools in the United States could expect to pay between $46,000 and $86,500 in tuition.

This is due to the fact that they are all private Catholic schools in the United States.

If these possibilities seem too expensive, you can look into other catholic private universities across the country.

Alternatively, you might apply for one of these fully financed medical student scholarships.

Scholarships are available for those who require financial assistance. Simply go to one or more of them and apply.

What are the Programs at Jesuit Medical Schools Like?

All Jesuit schools uphold the Jesuit Principles, which is a remarkable feature.

Along with the MD program’s curriculum, all four Jesuit medical schools offer programs that focus on teaching Jesuit ideals.

The correct curriculum is combined with these ideals, which reflect striving for greatness, sharing gifts with others, caring for individual persons, and developing the full person.

These values assist kids in learning to respect God and focusing on activities that demonstrate critical thinking and moral action.

These courses are required in all medical programs at Jesuit schools of medicine.

Improving the Quality of Learning is necessary according to Jesuit schools.

As such, Quality Improvement is a required subject for medical students at Jesuit colleges in the United States.

According to the course overview, the course is aimed to prepare students for practice-based learning and professional development by looking at quality improvement efforts.

This course teaches students how to implement quality improvement initiatives, which leads to better outcomes for patients and the healthcare system.

It also exposes the students to the dangers that can arise from maintaining such people in a hospital. It examines issues such as aging, geriatric exams, and nursing home care.

A beginner’s guide on Clinical Anatomy is a course that is aimed to offer students with a solid understanding of anatomical science at Jesuit colleges in the United States.

This is accomplished through studying the structure and function of the human body.

This course will also cover essential anatomic terms as well as the links between key bodily systems and structures.

Students are also expected to participate in corpse dissections and have access to diagnostic pictures.

This course permits medical students from Jesuit schools of medicine to participate in palliative care consultations.

Students learn how to collaborate with a team of clinical and non-clinical professionals in a realistic setting.

Medical students can experience working cooperatively with these teams to treat patients with serious illnesses in this course.

JMS, in general, blends medical education with the teaching of Jesuit teachings to students. Typically, the goal is to teach students how to heal the full individual and serve humanity.

As a result, the Adult Hospice and Palliative Care course provided sufficient insight into how students may effectively connect with patients and caregivers.

You must attend medical school to fulfill your ambition of becoming a licensed physician. This must happen once you’ve completed all of the criteria for medical school.

However, choosing which medical school to attend might be a difficult task.

When choosing a medical school, you should evaluate a variety of aspects such as admission rates, graduation rates, and even values.

Nonetheless, if you’re looking for a top-notch medical school to attend, Jesuit Medical Schools in the United States is a fantastic option.

The school places a high importance on all classes, which distinguishes them as distinctive and unique in their approach to providing educational services.

If you plan to attend one of the Jesuit Medical Schools, you should be aware of its beliefs, admission standards, prices, and programs.