The path to becoming a medical doctor is not so full of roses, students need to go through premed, get accepted to medical school, pass the licensure exam, complete their residency, and any other things required.

Looking on the bright side, doctors are well compensated and respected in most places around the world. In this article, we are reviewing some of the best countries for doctors in terms of salary. 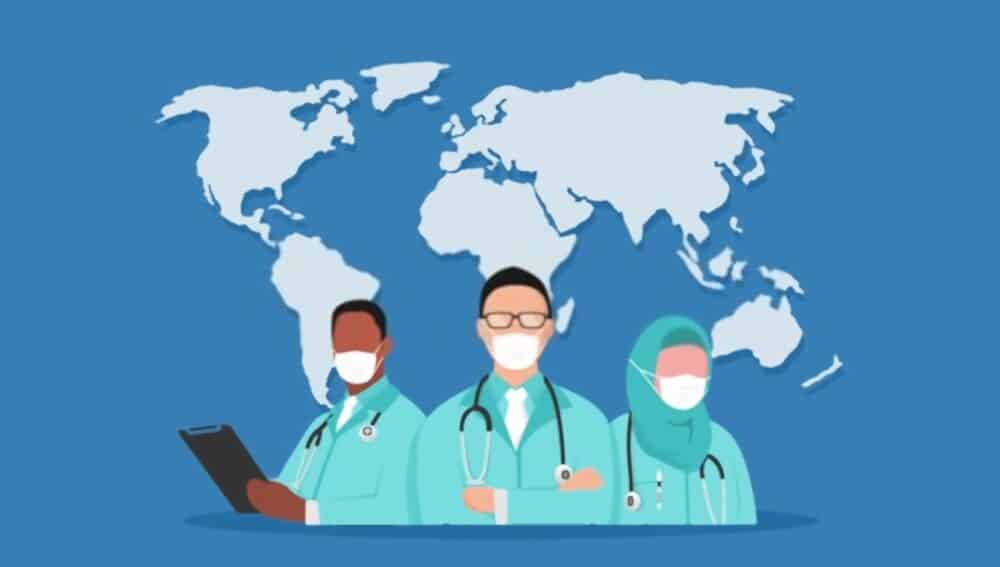 Below are some of the nations where medical doctors are well paid in 2022.

The United States is one of the best countries for doctors to earn money, an average doctor makes about $260,000 with all bonuses included. The more specialized you are, the better it gets. For example, plastic surgeons make no less than $576,000 annually.

The process of becoming a licensed medical doctor in the US is not easy especially if you are a non-citizen. Medical graduates have to pass the US Medical Licensing Exams (USMLE), do residency programs, and pass the final licensure exam.

Doctors in Canada are well paid and the entry barrier for International Medical Graduates (IMGs) is not as tough as that of the US. Junior doctors can expect to start earning as much as $84k annually.

Specialists such as Cardiologists, Neuro Surgeons, etc earn more than family physicians in Canada. Also, your province is an important factor here, doctors working in British Columbia are likely to make more money than those in Ontario.

Australia is one of the countries most doctors would want to work in. Average doctors in the country earn about $160k per year before tax and those with decades of experience in the job can earn more than $240k annually.

While this sounds like a lot of money for the average Joe, remember to factor in the 15.4% total tax and Australia’s high cost of living. Unlike in the US, securing a medical job in Australia is not a herculean task.

READ→  Why Do Students Drop Out Of College? (Statistics)

Even though Belgium has an overload of physicians, its doctors are not underpaid. According to Salaryexpolorer, Belgium doctors make an average of $165,128 per year. Don’t think about working here as an IMG, their medical licensure process for immigrants is almost non-existent.

According to the Medical Council of New Zealand, about 40% of registered physicians in the nation studied abroad from over 100 countries across the globe. Apart from hiring a good number of foreign doctors, New Zealand also pays well.

General practitioners earn around $160k – $250k whereas specialists’ annual salary starts from $220,000. The country has been experiencing a shortage of GP and by 2032, half of New Zealand’s family doctors will be retired.

If you are a culture lover and want to enjoy a healthy work-life balance while working as a physician in Europe, Austria is just perfect. According to Economic Research Institute, Austrian doctors earn an average annual salary of $146,243 before tax.

Immigrants who are non-EU citizens may find it hard to work as licensed physicians in Austria due to the language and medical licensure barrier.

The average doctor in Luxembourg earns about $138,482 per year before tax. Specialists make the most amount of money and surgeons can earn more than $250k annually.

Working in Luxembourg as a foreign doctor is tough due to the language restrictions and licensure requirements. To get the license to practice, you need to be proficient in French, German, and/or Luxembourgish.

Regardless of profession, people are not allowed to work more than 60 hours per week in the Netherlands. This equates to having more time for family and friends while taking home a good amount of money.

Dutch doctors earn an average of $134,331 pre-tax including monthly and yearly bonuses. Foreign medical graduates intending to work here must be proficient in Dutch, apply for professional recognition, and pass the language and medical licensure exams.

Irish doctors earn an average salary of $133,151 before tax per year, consultants can earn up to $200k or more annually depending on their specialty.

READ→  Is Nursing a Stem Major and Why Not?

The problem however is that the working conditions for doctors in the country are not favorable with some physicians working more than 70 hours/week. An exception to this is General Practitioners who earn about $168k while maintaining a work-life balance.

Even though it’s a small European country, doctors in Switzerland are among the top earners in the nation. Physicians over there earn an average of $118,090 annually.

Experienced doctors can take home $250k or more after tax which is thrice the country’s average. Working in Switzerland as a foreign medical graduate is not feasible unless you are a Swiss/EU citizen. Apart from understanding their languages, you need to spend at least 3 years there working to establish residency.

Most doctors in Germany are considered among the upper-middle class and the ROI for earning a medical degree there is unbelievable. Assistant doctors can earn up to $74,464 annually at stage 6 while specialists earn about $100k per year.

Considering the low cost of living in the country, most physicians live an above-average lifestyle and this makes Germany one of the highest paying countries for doctors in Europe.

Top countries with the highest demand for doctors

Below are some of the counties in need of more doctors to hire in 2022.

1. The United Kingdom: The UK produces less than 8,000 medical graduates annually and this has led to the NHS hiring doctors from other countries like Nigeria, Egypt, Pakistan, etc. Also, the country has 2.8 doctors per 1,000 population, which puts it well below the European Union (EU) average (3.4/1,000).

2. Spain: The country had its highest demand for doctors during the pandemic in 2019 and that has not changed since then. While the salary is nothing to write home about, Spain needs 1000s of doctors to maintain its healthcare sector.

3. Malaysia: Similar to other Asian countries, Malaysia has a moderate physician demand. While the Malaysian government is the largest employer of doctors, you can earn more money working in private hospitals.

4. Italy: Italy has experienced a shortage of healthcare workers over the past few years. If you are planning to immigrate to this country to work as a doctor, you may find it hard even after having all the required educational qualifications.

5. Sweden: Sweden is one of the countries with the highest demand for doctors, midwives, and nurses. To work there as a foreign doctor, you need to be fluent in the Swedish language and obtain a license to practice.

READ→  Can Nurses Have Tattoos? What You Need To Know!

6. India: With over 1.3 billion people in a country, shortages of professional workers are expected. The Indian medical system has been experiencing a growing demand for quality doctors due to most medical graduates emigrating to developed countries.

7. Israel: The Ministry of health predicted a shortage of doctors in the nation in the next 15 years due to the growing population and lack of enough medical schools. Israel has more than 30,000 active doctors and 3.19 doctors per thousand people.

8. Norway: The Scandinavian country has a high demand for specialist doctors; this is an opportunity for anyone willing to immigrate. Just be ready to learn Norwegian, get authorized, and convert your specialty.

9. United Arab Emirates: To cope with its rising population, UAE hires a lot of doctors annually. Junior foreign doctors can expect to earn at least $16k monthly while getting other benefits.

10. South Africa: South Africa is among the African countries with high demand for doctors, most young doctors in SA prefer to work abroad due to salary differences. It has about 0.31 doctors per 1,000 patients.

While working as a physician anywhere around the world doesn’t make you a billionaire regardless of the number of hours you work, most doctors earn enough. We reviewed some of the highest-paying countries for licensed physicians in 2022.

Is there any country we missed or do you have other suggestions, feel free to use the comments section below? Don’t forget to share this post with others 🙂