UC Davis is the 7th campus of the University of California and is among the top colleges for Agricultural Sciences in the US. While many students are admitted, it is a fast-growing public research university.

In this article, we discussed the UC Davis acceptance rate for 2023, its admission requirements, and admission statistics for the class of 2026. 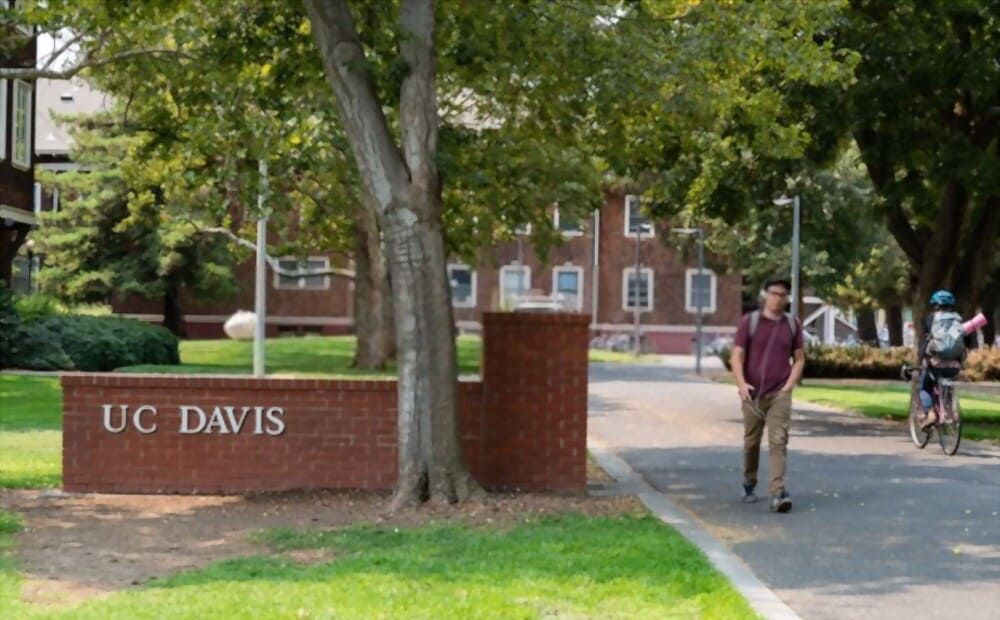 Is getting into UC Davis hard?

While getting into UC Davis is tough, the school isn’t among the hardest institutions in the University of California system. It’s more about standing out than having good enough grades.

UC Davis’s applicant pool has been continually increasing over the past 5 years, and so has the competition for admission. Also, the school seems to be accepting more out-of-state and international students, thereby increasing its student body diversity.

This is one of the reasons why getting into UC Davis as a first-year student is harder than a transfer student. Students who transfer from a California community college have a better chance of being admitted, especially if they apply for the TAG program.

It is also worth noting that some majors are more competitive than others. For example, STEM majors like Veterinary science are generally difficult to get into.

Compared to the freshman admit data for the class of 2025, the acceptance rate dropped by a whopping 11.5%, while the number of freshman applications increased by 8.1%.

UC Davis’s Transfer acceptance rate for the class of 2026 is 59%. The school received 15,539 transfer applications for fall 2022 and offered admission to about 9,098 applicants. About 96% of admitted transfer students were from California community colleges.

The acceptance rates for UC Davis based on residency:

Who gets into UC Davis?

Why is UC Davis’s acceptance rate so high?

UC Davis’s acceptance rate was so high last year, leaving the school at a 49% admit rate. The institution admitted fewer first-year students for the class of 2026 to correct last year’s over-enrollment, which led to housing and class size problems.

One of the reasons why UC Davis has a high acceptance rate is that it receives many applications and knows that not everybody will accept its admission offer. In a bid to improve its yield rate, it may risk over-enrollment.

While most students think the lower the acceptance rate of an institution, the higher its prestige, high acceptance rates do not equate to low-quality education. It is like saying basketball players are tall because they play basketball.

What GPA do you need to get into UC Davis?

California freshman applicants need a minimum GPA of 3.0, while non-residents need at least a 3.4 GPA or higher to apply to UC Davis. You need a weighted GPA of 4.20 to be considered a competitive first-year applicant.

On the other hand, in-state transfer applicants require at least a 2.4 GPA in their UC-transferable classes, while non-residents of California need a minimum GPA of 2.8 on a 4.0 scale to be considered for admission. Anything from a 3.68 or higher makes you a competitive transfer applicant.

Whether you are a freshman or transfer student, strive to get outstanding grades and boost your GPA. While it may not be the only requirement for admission, it’s one of the most important selection factors.

Remember that UC Davis does not consider your SAT/ACT scores for admission, so try as many As and Bs as possible.

What does UC Davis look for in applicants?

Below are the most important things the admission committee at UC Davis looks for when reviewing applications.

1. GPA. Your GPA in all completed A-G courses and UC-certified honors courses is a strong indicator of your academic performance in high school. Also, your performance in Advanced Placement, International Baccalaureate Higher Level, and transferable college courses get you additional points.

If the admission committee notices an improvement in your academic performance, which is well demonstrated by your GPA, that’s a plus. Having one of the best GPAs in your high school class makes you eligible for the Local Context (ELC) program.

2. Residency. By now, you should know that all schools in the University of California system admit and enroll more California residents than non-residents of the state. The location of your secondary school/community college also matters.

Apart from in-state students getting more financial aid and accruing less debt, they have a better chance of getting into UC Davis. You can obtain California residency by living in the state for at least a year or having parents/legal guardians who live in California.

3. Extracurricular Activities. Special talents, achievements, and awards in a particular field, such as visual and performing arts, communication, or athletic endeavors, are part of the selection factors. If you have any special skills, such as demonstrated written and oral proficiency in other languages, include them in your UC apps.

Also, demonstration of leadership, such as significant community service or participation in student government, or other significant experiences or achievements that demonstrate your contribution to your school and society, will go a long way.

4. Academic Accomplishments. Academic accomplishments in light of your life experiences and special circumstances, including but not limited to: disabilities, low family income, first-generation to attend college, need to work, disadvantaged social or educational environment, difficult personal and family situations or circumstances, refugee status, or veteran status.

Getting into the University of California Davis is not rocket science. Give them solid reasons why you are a good fit for the institution. In this article, we explained the UC Davis acceptance rate and its admission requirements.

If you have any questions or suggestions, feel free to use the comments below. Don’t forget to share this post with others 🙂